My name is Nathalie Gravel and I am a single mom of two grown-up daughters and a university professor. I completed my doctoral studies in Geography at Laval University in Quebec City (Canada) and have completed a post-doctorate fellowship at Yale University. I am currently associate professor at the Department of Geography at Laval University since 2005 and have been involved with different associations believing in the power of collective thinking and the co-construction of knowledge.

I have occupied functions such as president of the Canadian Association of Latin American and Caribbean studies (CALACS) and president of the Quebec Geographical Society. I teach Latin American Geography, Globalization Geographies, the Agri-Food System, and Rural Geography. In the past years, the “Slow Food movement” has left an imprint on me and I went to Torino, Italy, twice to try to grasp its fundamentals and scope. I understood that slow speed is associate with wisdom and that made me revisit my whole lifestyle and habits. I have tried to embrace the current productivist approach as a scientist without much conviction though.

Either I was old-fashioned in my view of how knowledge gets produced, either being a single mom made me misfit for that career. I have learned to find other ways of doing my job as a university researcher and professor, such as respecting my own speed in research, sharing results with communities in their language that have so generously helped me out in data collection, caring for my students’ welfare and being a role model for single moms and female students. Although my surroundings are quite capable of putting me to shame for not having the scientific output that is now expected and not earning million dollars grants, I was able to hold fast and introduce slow change within my organization.

My two grown up daughters turned out to be more critical than I regarding academia and have decided on their own to drop out university. Not without pain, I came to acknowledge that there may be wisdom in taking another undefined path to self empowerment and that may be I tortured myself in an unnecessary manner during the past 20 years.

I myself embarked recently on a journey that may lead me to some transformative action, especially that I don’t feel the necessity to be a provider for my family anymore. I feel young again at 48, feeling the possibilities opening up and the capacity of dreaming again. I do enjoy my research and writing, but I would enjoy it more at a slow pace. My research deals with rural development in Latin America and in all of the Americas, food security, urban gardens, water management (mainly in Canada, the United States, Mexico, Brazil and Colombia), including aspects of governance and public participation.

I am the author of a textbook entitled “Geography of Latin America. A culture of Uncertainty” (in French Géographie de l’Amérique latine. Une culture de l’incertitude) published at the Presses de l’Université du Québec (PUQ) in 2009 and I have recently signed a contract with an editor for another book on environmental stewardship. I have been researching, publishing and supervising dozens of graduate students for the past 20 years on themes such as peasant agriculture, rural poverty and food security, peace-building processes in Mexico, participative water governance, urban agriculture, the protection of green spaces in the city, and ecosystem services. I have spent extensive stays in Mexico and Brazil and am fluent in four languages (French, English, Spanish and Portuguese), which are a by-product of my field scientific activities.

What defines me the most is my capacity of adaptation and fearlessness, accepting the challenges life has put on my path in an often unpredictable manner. Accepting uncertainty and times of trouble have been at the heart of my life, navigating stormy weather as solo captain most of the times with on board my two daughters. Fortunately, my boat has survived the hardship and has not known any shipwreck, fair weather allowing for recovery and the maintenance of the general direction. Being confronted to an empty nest for the first time in 2018, I am learning to deal with my new role as a life partner to my daughters and no longer captain of the crew and this has necessitated some adaptation on my part. I live with two shelter dogs for company which keep me active as a care-giver and am trying to establish solid bases for a long lasting relationship with my midlife companion. 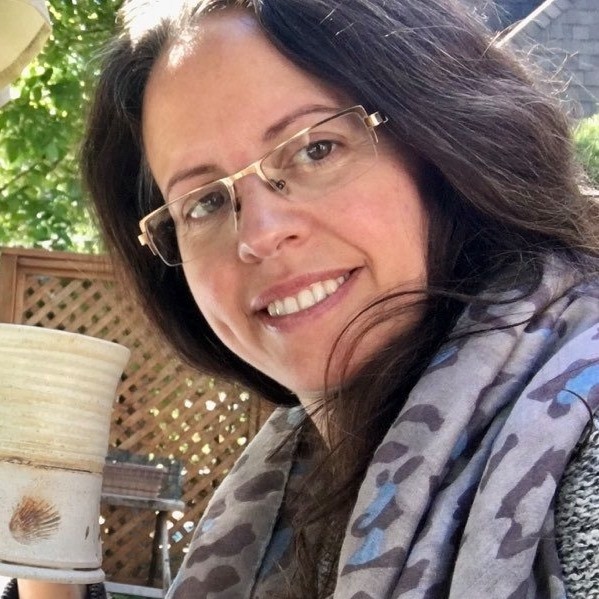 Resilience in Times of Uncertainty: How Women Face the Process of Aging