I have spent the past two months of 2020’s pandemic in South Korea. I found myself contemplating Luke 19:39-40, “Teacher, rebuke your disciples.” Jesus answered, “I tell you, if these were silent, the very stones would cry out.”

I am one of the rocks. I give voice to the voiceless. I have had the privilege to work with the greatest artists and creators of my generation. I have been celebrated and heralded, scolded and scorned. I have created in many mediums.

I am a mother of four adult children whom I birthed at homes around the world.

I am an educator, activist, artist and award-winning actor who has appeared in ten Broadway shows as well as in television and film including FEAR OF THE WALKING DEAD, GOTHAM, SCANDAL, MADAM SECRETARY and the Disney film, ENCHANTED.

I am also the author of GET OVER YOURSELF: How to drop the drama and claim the life you deserve.

I  hosted The ME TOO CHRONICLES on The Shift Network.

I am the writer/director star of the upcoming horror film RED PILL . 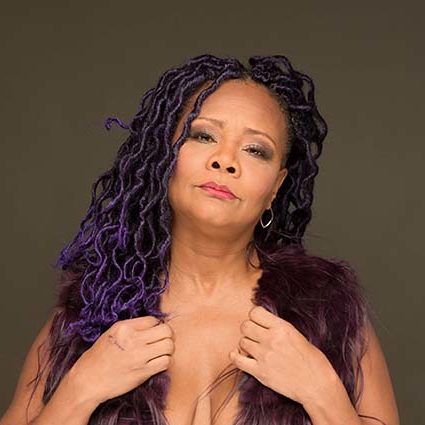